Part of my trade show routine includes a walk through the “cheap seats” to see the young upstarts and yet-unknown manufacturers. I often meet amazing people and occasionally find something that catches my attention.

For this particular jaunt through the trade show experience, cost-effective studio microphones capable of multi-tasking on a wide variety of projects were the intended targets.

Well, upon my first glance at the Vanguard Audio booth, they had my attention. A handshake and several tired trade show jokes later we were neck deep in microphone talk. With multiple types of beautiful condensers on display, the V1 LOLLI Stereo Pack caught my eye based on the variety of capsule options and that big honkin’ chrome grill …..

My reasoning for zeroing in on that particular mic? My thoughts went specifically to the home studio engineer, working on a tighter budget. My first project studio was built around a handful of “cheap but effective” mics that worked well with my system and style. So if the sound quality matches the aesthetics, the stereo V1 pair looks like a great solution for a multitude of projects without buying dozens of mics.

Ken Avant, mic designer for Vanguard and former owner of both Avantone and Avant Electronics, told me, “The original basic idea for the V1 mic was conceived about 10 years ago while I was still at Avantone, We started working on the design but never finished any prototypes to play with.

“When Derek (Bargaehr) started Vanguard and got me out of semi retirement, I naturally wanted to revisit some of my as of yet undeveloped ideas and follow them through to fruition. The idea was to start with a simple component path pencil mic (such as the basic km84) and refine and develop the electronics path to consist of newer high-performance parts that didn’t exist in the 1970s.

“Of course, we also needed to address the capsules,” Avant continued. “Coming up with capsules that we feel are world class took a great deal of effort by myself and Derek. He basically started from scratch listening to capsules, setting up new voicings, and establishing consistent production repeatability– crunching a lot of complex measurements and numbers along the way – to allow us truly matched capsule performance from stereo pairs. We were after superb pro-level performance as well as extreme flexibility in a miking system at an affordable price.”

Since I have this nasty habit of disregarding manufacturer claims and hype until I actually hear the performance of any “magical studio toy” for myself, they offered a demo.

With a matched stereo pair of the V1s in hand, I began experimenting with a variety of source material to seek out the strengths and weaknesses. The first session found them capturing acoustic guitars and vocals with equally positive results. Later, on percussion and drums as overheads, the performance still kept up with the original expectations.

As for actual studio time with the LOLLII, it caught me off guard in a head to head with one of my standard studio workhorses. (The Audio-Technica 2020, which is probably in every project studio on the planet by now for good reason. It’s a cost-effective mic with very respectable performance.)

Just to compare it with the sound of a known mic, we captured a few acoustic guitar tracks side by side. Granted, it’s unfair to compare the 2020 to something that costs five times as much, but it’s a benchmark for the project studio like the Shure SM58 is on stage, and we all know what it sounds like.

Where the trusty 2020 gave me clean tracks with decent warmth, the LOLLI rattled my subs and opened up the high-end like the lights just came on. Further, with only the preamps on my Schertler Arthur mixer dumping into a simple Focusrite Scarlett interface, it gave me everything I felt I needed. Cymbals were crisp, vocals were fat and happy. (Banjos were still a little annoying but the mic was accurate.)

Taking The V1 Outside

I had originally planned to limit the review to indoor usage with no intention of taking this fine-looking studio mic anywhere near a live concert stage. That held up until the shortcomings of the artist-provided mic selection on day one of a two-day festival began taking us into the bargain bin realm. (We didn’t see an actual Mr. Microphone, but I wouldn’t have been surprised.)

With my sanity and reputation at stake, I released a few studio mics into the wild…

Among the challenges involved in festivals is the blend of old school and new school mentalities. Some artists build mission control around them with touch screens, cameras, and elaborate pedal boards, while others just “do their thing”and leave all the tech to me.

After some wretched mic selections tainted our stage the first day, the LOLLI took over on day two of the season’s first event with exceptional results. The lineup on stage featured about a third of the acts playing classic bluegrass and self-mixing just like in the old days. Not every mic is cooperative for those groups, even if the picture on the box says it is.

The LOLLI gave me a wide sweet spot at center stage that effectively captured each sound produced within about 3 feet of it. In cardioid mode, I could almost imagine a large beachball sized pattern directly in front of it as the groups moved in and out of range. It was magical. Even compared to a few old standards that these groups swear by, I think we made some converts.

My mission has been to assemble a “cost-effective” new A-Team of specific gear for studio project, and the Vanguard V1 LOLLI Stereo Pair made the list. As a workhorse for a variety of projects, I don’t think you’ll be disappointed with it either.

Erik worked in a wide range of roles in pro audio for more than 20 years in a dynamic career that encompasses system design and engineering in the live, install and recording markets. He also spent a number of years as a church production staff member and Media Director, and as an author for several leading industry publications before joining the PSW team.
All Posts
Top Stories
Explore All Reviews 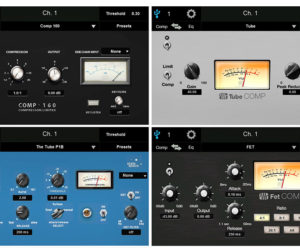 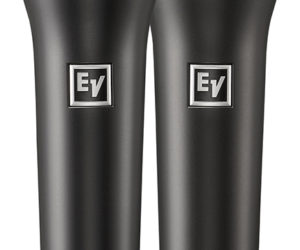 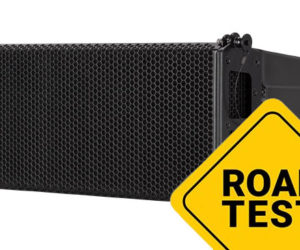 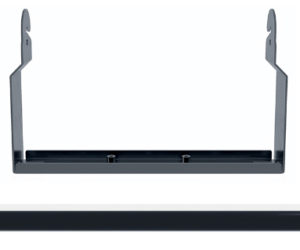 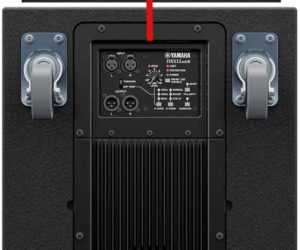 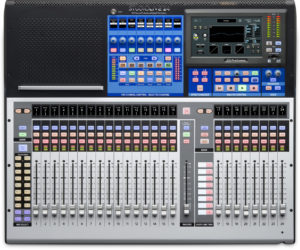