Reducing The Count: Do I Really Need That Input? How About This One?

"Once I stopped thinking about live sound in absolute stereo terms, a world of possibilities for reducing the number of inputs became quite apparent." 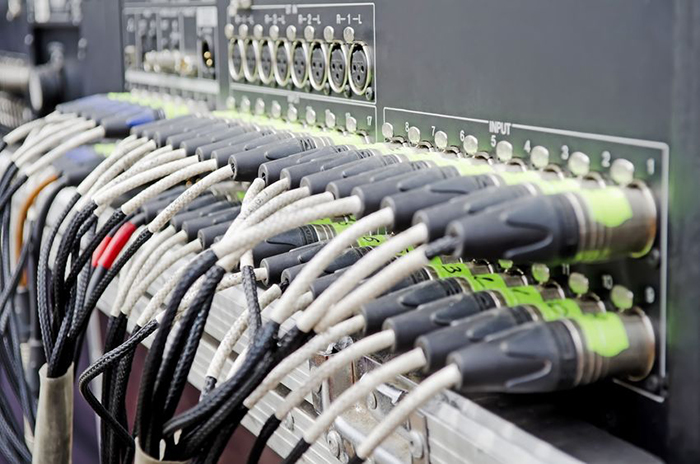 I see (and write) a lot of articles dealing with various ways of structuring digital consoles in terms of managing large amounts of inputs. One suggested approach is grouping channels into buses for the added bonus of extra processing and retaining the correct gain structure.

Another is simply controlling them by assigning them to DCA faders. These are valid options, and I advise figuring out which workflow works best for you.

Here’s my mental process for deciding what hits the inputs of my console.

The first consideration is, of course, sound. If there’s a discrete source on stage that needs to be amplified for the audience, it has to either have a microphone in front of it or be connected to a line-level input.

The trick here is to determine what exactly is a discrete source. For example, a drum kit in the pop/rock genre requires a good deal of control of all the various elements of the kit, so each is often given its own microphone. But if it’s a jazz kit, consider the entire setup as a single source, or perhaps separate it into the kick and the rest. Adding more mics to a jazz kit just means more work without necessarily constructively adding to the sound.

When I consider how many mics to employ for a specific application, I think in terms of the elements of that source and what I need to do to bring them out in the mix. Keeping this in mind while setting up a stage can reduce the number of input channels you need to work with during the mixing process, without negatively influencing the sound you’re going for.

The second consideration is the proximity of the mics to the same source. If it’s a loud source being picked up by two mics in its proximity, there will absolutely be bleed to deal with as well as phasing issues that occur between those two inputs.

Trying to figure out if the mics are in or out of phase relative to each other, and the proverbial lack of time that’s the staple of most gigs, also influence the decision of how many mics I might deploy. If I know I can successfully apply the 3-to-1 rule to minimize the effects of phasing between two mics, then I have no issues with placing them in my mix. If not, I think twice about either an alternative mic placement or eliminating one of them completely.

This consideration is especially present when dealing with orchestras and choirs. The number of mics for these larger groups can quickly rise to numbers that are hard to manage, so careful deliberation can lead not only to an easier workflow, but also to a cleaner sound in general.

What about deliberately doubling mics on a particular source? We commonly see this approach on kick, snares, and guitar cabinets. It’s a judgment call – if your mix style requires double inputs for a particular source, then by all means, use them at your own deliberation.

I use double mics on kick, but usually not simultaneously, shaping the sound of the two so that I can use one for heavier beats and up-tempo songs and the other for ballads and softer signals. On digital consoles, however, the same result can be attained by duplicating the input channel and using different settings for different sounds, and without any phasing problems.

Ales Stefancic has served for more than 20 years as a FOH/monitoring engineer, in addition to being a technical director and mix engineer for the band Siddharta. Based in Slovenia, Europe, he's also a musician and project studio owner. Go to gainmedialab.com for more of his articles and a roster of upcoming online courses.
All Posts
Top Stories
Explore All Study Hall