Important Traits: Worship Leaders Weigh In On What They Most Want From Sound Operators

Mix skills and system knowledge can be undermined...

According to worship leaders, what are the most important aspects of being a church sound operator? A couple of years ago, I did an informal survey on this topic, asking worship leaders for their views.

The answers were surprising, at least to me. For example, not one of them mentioned that a sound operator should have musical talent. Nor did they bring up the value of having a critical ear when it comes to music. Maybe it’s my own biases, but I thought these factors would at least rate a mention.

Here’s another one that hasn’t come up: knowing how to properly operate the equipment and system. Perhaps the worship leaders I surveyed assume that a sound person should already have these skills, and therefore haven’t mentioned them.

Further answers I received in the survey – although they’re not at the top of the list – included the ability to mix well, keep volume under control, and function as “an extension of the worship team.”

The number one answer? Attentiveness. As in paying attention, or focus. And number two? Attitude. As in always having a good one.

Now the shoe is on the other foot, so to speak, because it seems – at least to me – that both attentiveness and attitude should be givens. If you’re helping with ministry (providing sound in this case), bringing a good attitude should be a no-brainer, and because in some ways the sound operator can “silence” the word of God being preached, you’d better be paying attention!

Yet consider these anecdotes…

One worship leader told me the story of a volunteer sound operator who’s been serving for 18 years and is a great guy, easy to work with. However, this fellow has a consistent flaw: a soloist can walk out of the choir, go to center stage, stand behind the mic for several seconds, and still, the mic isn’t turned up until the third or fourth word of the solo. That’s definitely an attentiveness problem.

Another leader told me that one of his sound operators is so gruff that the worship team dare not ask him for anything. The result is that on any given Sunday, there might be no vocals in the monitors, or a microphone is not provided for a performer, and so on – and yet no one speaks up because they’re afraid of getting their heads bitten off. Talk about an attitude problem.

The moral of the story: sound operators should be able to mix musically and operate their equipment/systems competently, but these worship leaders make a very persuasive point: it can all be negated by lack of proper attention and bringing the right attitude to the gig. 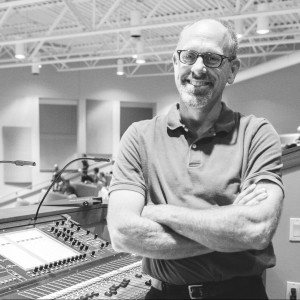 Gary Zandstra has worked in church production and as an AV systems integrator for more than 35 years. He’s also contributed numerous articles to ProSoundWeb over the past decade.
All Posts
Top Stories
Explore All Study Hall