Audio Precision has introduced the APx500 Flex audio analyzer, enabling the use of APx audio measurement software with ASIO-capable third-party audio interfaces or sound cards. The goal is for manufacturers to cost-effectively deploy the measurement capabilities of APx software in their production lines.

The APx500 Flex audio analyzer is Audio Precision’s APx500 measurement software operating independently of an AP hardware analyzer, with licensing controlled by an APx500 Flex Key. In lieu of a purpose-built analyzer, Flex can be paired with ASIO-capable third-party audio interfaces to create a cost-effective solution for a variety of acoustic and electrical test applications.

Measurement scenarios where hardware performance requirements are secondary to test system price — such as production line test of loudspeakers, headphones and microphones — are good candidates for Flex.

APx500 Flex also makes for a powerful, portable audio measurement system for application engineers and QA technicians on the go.

APx500 Flex is being introduced in conjunction with the release of APx500 software v5.0.2, which provides improved ASIO support, including the calibration of inputs and outputs in V, Pa, and FS, automatic or manual delay compensation for compliant ASIO interfaces, and support for generator trigger, and acoustic and impedance measurements.

Configuration options for four or eight channels are also available, along with a trio of Flex Packs that each offer different groups of more advanced measurements. Perceptual audio measurements — including ABC-MRT and POLQA — can likewise be used with Flex. Finally, for the user that needs the base configuration plus just one more measurement, APx500 Flex has an à la carte menu of measurements from which to choose.

All Posts
Explore All Products

he AES Convention’s technical program presents a rich schedule of educational and training seminars at each gathering. This month, at the 147th convention and ...read more →

Lectrosonics announces the availability of the Venue 2-941 Digital Hybrid Wireless multi-channel receiver system in the recently expanded 941–960 MHz frequency band for use in ...read more →

DPA Microphones will debut its new 2028 supercardioid vocal microphone for live applications to the U.S. pro audio market at the upcoming AES Convention in ...read more →

Steinberg announces the immediate availability of its new range of audio interfaces, comprising the UR22C, the UR44C and the UR22C recording pack. An additional ...read more → 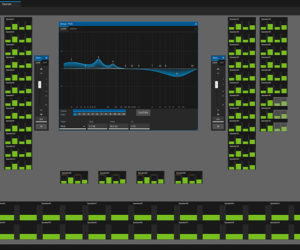 Created to solve the real world challenges of sound engineers for whom time is always of the essence, SONICUE is Dynacord’s new system-focused software. ...read more →

QSC announces the global availability of the CX-Q Series network power amplifiers in four-channel models. These amplifiers combine the QSC legacy of performance and ...read more → 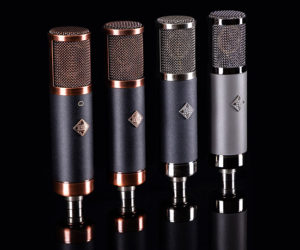 Telefunken Elektroakustik is introducing the new Alchemy Series of microphones at the upcoming AES Convention in New York (booth #231). All four models are ...read more →