Not Created Equal: One Engineer’s Take On The Modern EQ Process

While some prefer to let the new “automated” gear do the lion’s share of the EQ setup, others may prefer to go more by ear. 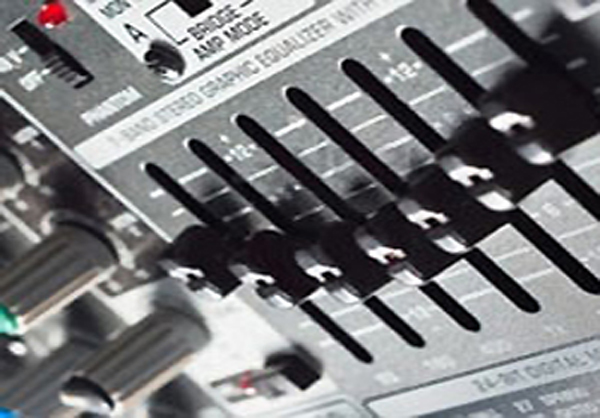 From the outside looking in, the term “equalization” seems harmless enough: Using equipment to tame or enhance audio frequencies in order to obtain a more balanced overall effect.

When I’m working a gig, after the old “Are you the DJ?” question, the next thing I usually hear involves EQ: “How do you do it?” While some prefer to let the new “automated” gear do the lion’s share of the EQ setup, others go by ear. My own preference is a combination of both.

But whether I’m using a single 1/3-octave unit or a string of EQs for each channel in the system, my process remains the same. Once the PA is up and operating normally, I address the room, using a pink noise generator and RTA device to check the overall response curve of the house. This gives me an idea what the room needs.

As for preferred tools, there are numerous software packages available, and a lot of them do the job. Lately I’ve been favoring handy RTA apps –  being able to walk around the coverage area with my iPad is a big help.

Front of house is a great spot to start, but is by no means an accurate final setting location. Room modes, comb filtering effects as well as lots of other gremlins exist in every house. They must be hunted down and addressed.

I’m a big “cut” over “boost” fan. Most of my EQ curves, oddly enough, look like gentle sine waves just slightly interrupted with some notches. I’ll cut the room mode as well as obvious ring points by 6 to 8 dB. For better vocal clarity, I look at the 2 kHz to 4 kHz region, boosting up to 2 dB or so. It all depends on the brightness of the room, combined with the fact that I’m a big fan of getting the vocals heard over the mix.

After working with pink noise is done, I move along to CD tracks as source material, either from the band that’s going to be using the system, or something very similar. I use CDs because I believe them to have superior response and compression characteristics over the iPod devices.

From here, I leave it to my ears, and it’s also where personal preferences come in, things that don’t show up in any measurement system. Still, I only make fine adjustments (emphasis again on “fine”), if at all. A little goes a long way.

By all means, stay away from compression on the master outputs. While it might add lots of punch to the house, “squashing the mix” destroys dynamic range. Save compressors for the individual channels. (That’s a whole article in itself!)

If the console is digital, there’s he opportunity to adjust the Q or bandwidth of any frequencies being cut or boosted. It’s a big help in getting things fine-tuned.

Either way, once the house system is relatively flat and the room tamed as much as possible, it’s time to focus on sound check. I don’t care what anyone says, it’s very important to take the time necessary to get each channel EQ set the way you feel is best. It’s not something to be rushed.

Whether mixing three channels or 30, once each channel is set up, take a glance at whole console EQ configuration. If, for example, there’s a whole row of lows cut 6 dB, it’s probably time to readjust the house mix EQ to cut the lows at that level, and then operate the channels near flat. Again, a little goes a long way.

Once things crank up for the show, there are numerous things to contend with. Human bodies, temperature, humidity, and monitor spill will try their best to shake us. The key is not rushing into panic tweaking.

Let the band (and ourselves) settle into a rhythm. Relax into the mix; make singular and small adjustments, and listen. Unless we make a lot of jerky adjustments, the audience will never notice, and we’re able to make them happy while calmly perfecting the craft of mixing.

Greg Stone has worked in live sound since 1976 and is the owner of Hill Country Ears Sound Company (www.hillcountryears.com) in south Texas.