Foundation established in 1984 encourages talented students to enter the profession of audio engineering.

The 2019 grant awards are as follows:
Audio Precision’s Advancing Audio – Tom Kite Scholarship is awarded to Claire Wenner, a student at the University of Rochester, working towards an MS in electrical and computer engineering. Her BS is in audio and music engineering. She is vice president of the UR student AES. Wenner has created a new type of FM synthesizer featuring intuitive analog control.

The Dolby Institute Scholar is Peng Huang, who earns an MA in audio sciences at Peabody Institute of Johns Hopkins University. He also has a BA from Peabody. After completing an undergraduate in China, Huang served as a freelance engineer and won six CSMPTE Sound Academy Awards. He has a keen interest in audio science.

The Genelec Ilpo Martikainen Audio Visionary Scholar is Christian Steinmetz, who will earn an MS in music computing from Universitat Pompeu Fabra, Barcelona. He holds a BS in EE and BA in audio technology from Clemson University. Steinmetz was the first recipient of the AES Educational Foundation Mary Lea Simpson Memorial Scholarship in 2018. He has a research interest in audio signal processing and machine learning with a focus on intelligent music production systems that aid audio engineers.

Our 2019 L-Acoustics Dr. Christian Heil Scholar is Ben Creelman. He is pursuing an MM in sound recording from McGill University. Creelman is a former recipient of the AES Educational Foundation John Eargle Award. His interests include film sound and visual media. He has also built a mix interface responsive to listener’s behavior.

The first PMC Sound for the Future AES Scholarship recipient is Dora Filipovic. She is a PhD candidate in Digital Media Arts at the University of Surrey. Her previous degrees are from the University of Arts in Belgrade, Serbia. Her documentary, Glances of Closed Eyes, examines sound and its impact on socialization through the experience of individuals who are blind or otherwise visually impaired. Filipovic’s continuation of her research in this field uses three dimensional sound in virtual reality to enable discovery of new theories about auditory perception.

Marta Gospodarek is the John Eargle Scholar for 2019. She will earn a PhD in music technology and performing arts at NYU Steinhardt School. Her master’s degree in sound engineering is from The Fryderyk Chopin University of Music in Warsaw. Gospodarek earned a Gold Award in an AES Convention student recording competition and is the author of two AES papers.

Ibrahim Onafeko is the Larry Estrin Scholar. He is pursuing an MA in Audio Technology from American University and has a BS is from Howard University. Onafeko has experience in radio and podcast production, including working for Sirius FM Radio.

Kathleen Zhang is named the Bruce Swedien “Music First” Scholar. She is working towards a PhD in sound recording at McGill University and has an MM and BM in music technology from NYU. Zhang has also studied at IRCAM. She is founding member and current co-president of the NYU Recording Engineer and Producer Group.

The Emil Torick Scholar for 2019 is Bartlomiej Chojnacki, a PhD candidate in acoustics from AGH University of Science and Technology, Krakow. Chair of the International AES SDA and author of over 20 scientific papers, several in the AES E-Library, Chojnacki also won the Silver award in AES Convention Student Design Competitions in 2016 and 2017.

Andrea Genovese receives a renewal grant for his PhD in music and performing arts from NYU’s Steinhardt School. He holds a degree in electronic engineering with music technology systems from York University, UK, as well as a MEng degree from York University. Genovese has published six AES papers.

Yuanwu Jiang is pursuing a PhD in mechanical engineering at the Pusan National University in Korea, and has a master’s degree from the University of Shanghai and Pusan for Science and Technology.

Dan Johnston studies at York University towards a PhD in music technology. His previous study was at the University of York and South Downs College, Portsmouth, Hampshire.

Julian Neri is at McGill University, studying for a PhD in music technology. His BS is in engineering mechanics and astronautics from the University of Wisconsin, and his MA is from McGill.

Ryan Miller attends Belmont University, working on an MS in audio engineering technology. His BS EE is from the University of Wisconsin.

Hyunjoung Yang, with a BA from Dong-Ah Institute of Media and Arts (DIMA), attends McGill University, pursuing an MM in sound recording.

The AES Educational Foundation was established in 1984 to encourage talented students to enter the profession of audio engineering. Grants for graduate studies with emphasis on audio topics are awarded annually. Recipients are selected on the basis of demonstrated talent, achievements, goals and recommendations.

The AES Educational Foundation is affiliated with the Audio Engineering Society. Grants have been made possible by contributions from the estate of John K. Hilliard, Audio Precision, Dolby, Genelec, Harman International Industries, JBL, L-Acoustics, PMC, the Mix Foundation for Excellence in Audio, the families of John Eargle, David Smith, Mary Lea Simpson, Emil Torick and the family and friends of Bruce Swedien, Don and Fran Pearson and Larry Estrin.

The Foundation also receives support from other benefactors such as in-memoriam donors, and individuals and companies that support education in audio. Application forms and additional information are available from the Audio Engineering Society.

SoundGirls has announced an upcoming Live Sound Workshop for Los Angeles on December 10 — 11, 2019 at Schubert Systems in North Hollywood. The ...read more →

ProSoundWeb and Live Sound International have created and are presenting Church Sound University (CSU), a new training program focused on the essentials of worship ...read more →

Martin Audio USA, with support from its partner Feld Entertainment, will be conducting a special new product demo in Palmetto, FL on October 17, ...read more →

LSI Loudspeaker Demo Coming To WFX In Orlando This Week

Once again this year, Renkus-Heinz will be participating in the annual Live Sound International Loudspeaker Demo at the WFX show next week in Orlando ...read more →

As part of its ongoing North America demo tour, Martin Audio announces that its next product demonstration is taking place at the LSI Loudspeaker ...read more → 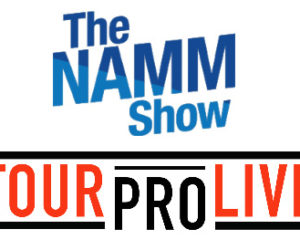 Conference brings together professionals from every aspect of the touring industry.

Foundation established in 1984 encourages talented students to enter the profession of audio engineering.